Liberty Park was opened in 2016 next to the National "9/11 Memorial", the memorial commemorating the terrorist attacks of September 11, 2001. Around the sculpture "The Sphere" (see picture), the benches made of white architectural concrete, only 5-6 cm thick, contribute significantly to the visual appearance of the park. DUCON produced these benches mainly in Germany and had them transported to the USA.

However, the appearance of the benches has suffered in recent years. The large number of people who spend time in the park every day and the weather caused the white color to gradually change to gray and some chipping on the edges was visible. To freshen up the look of the park, a small team traveled to New York last week. After one week of filling and glazing, the condition of the benches could be raised to the level that DUCON strives for in its buildings. 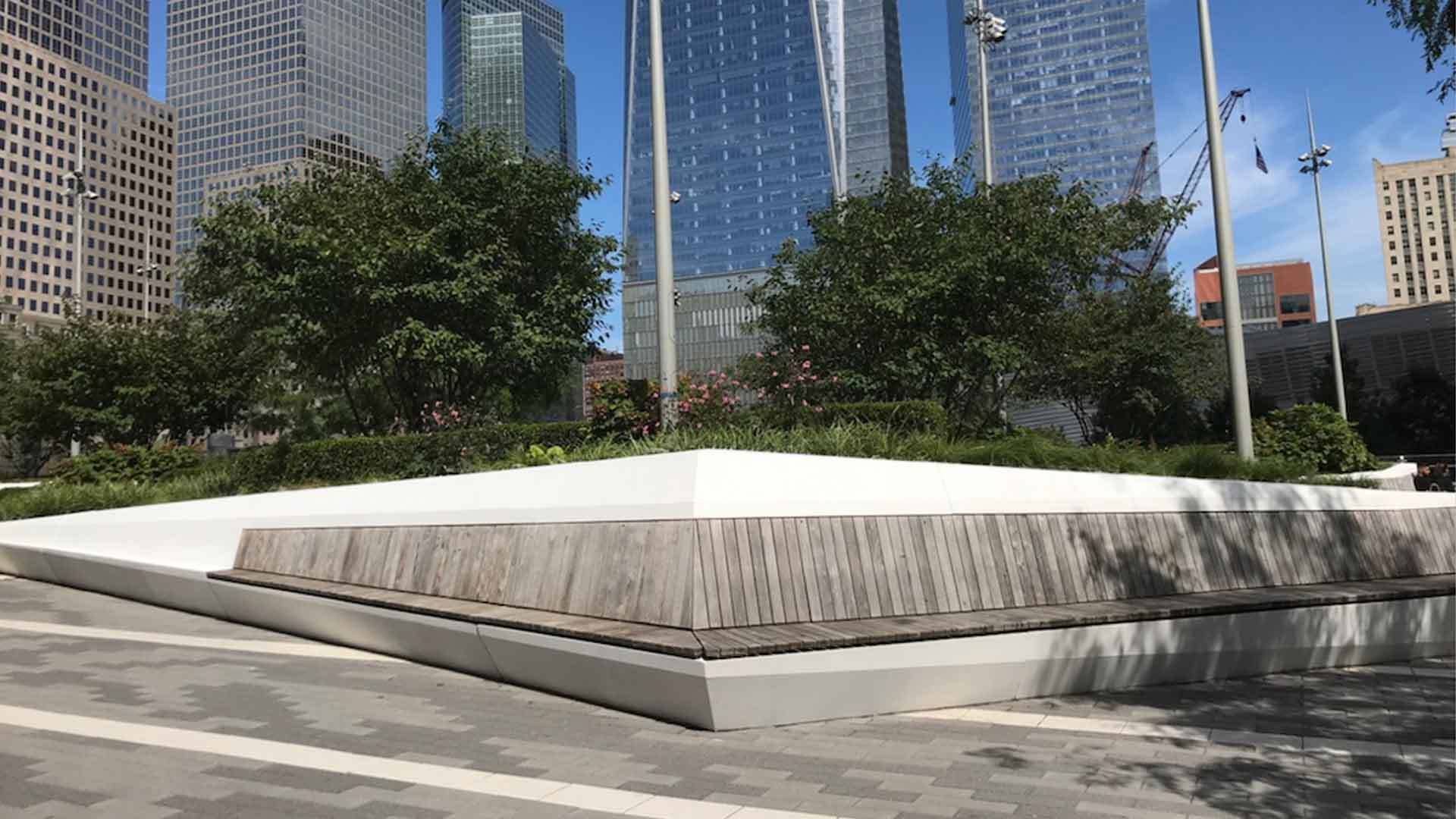 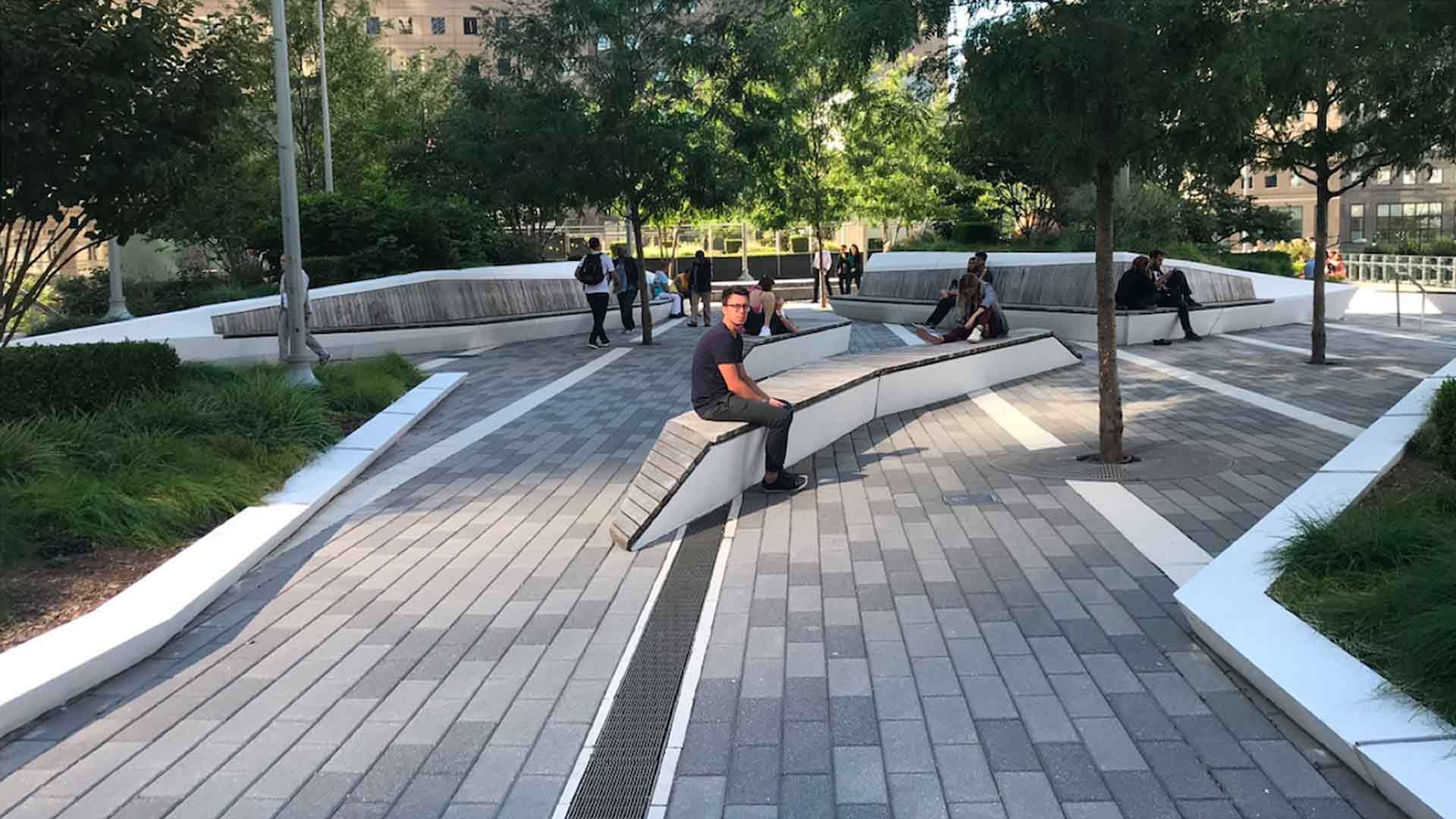 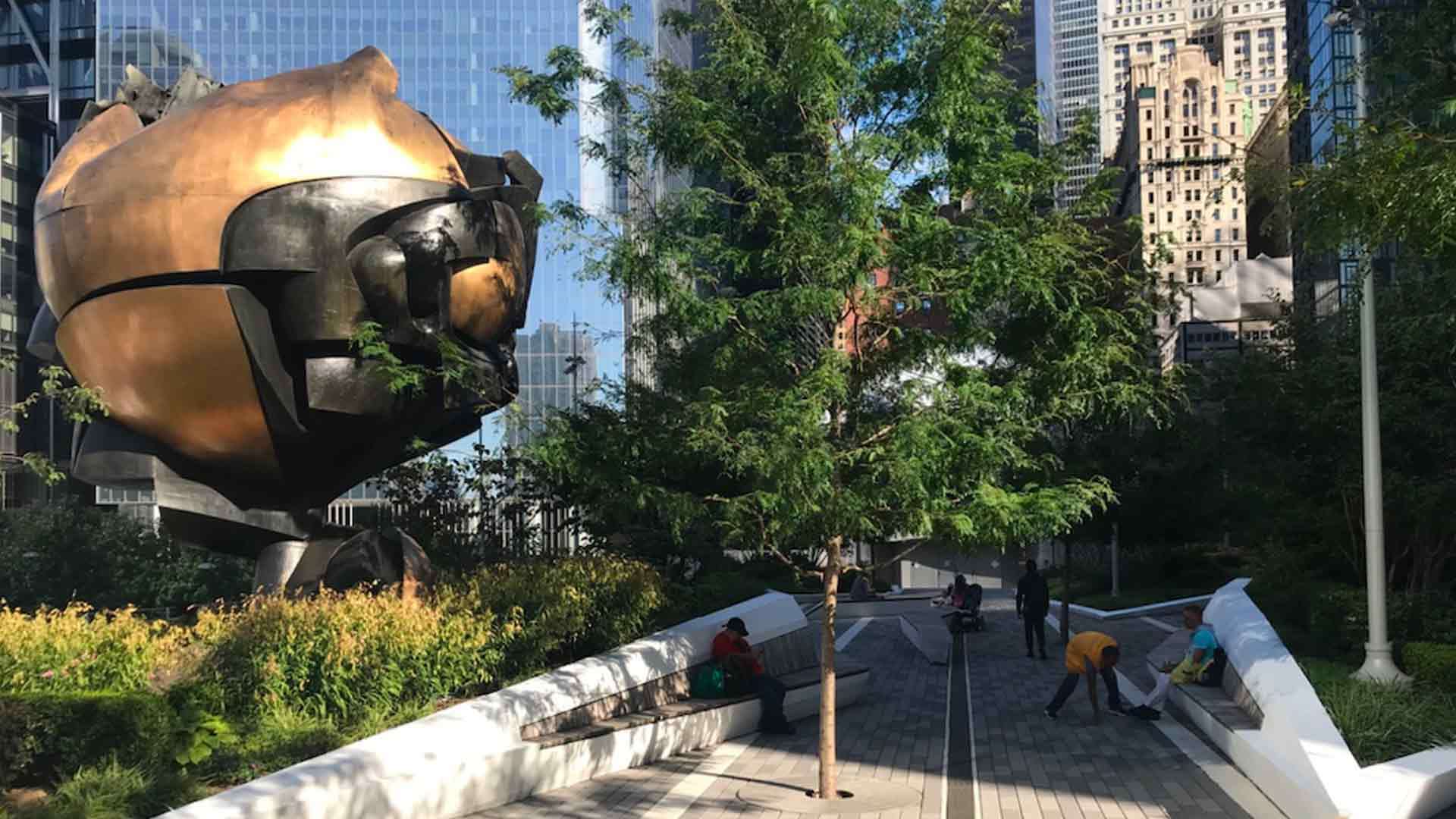 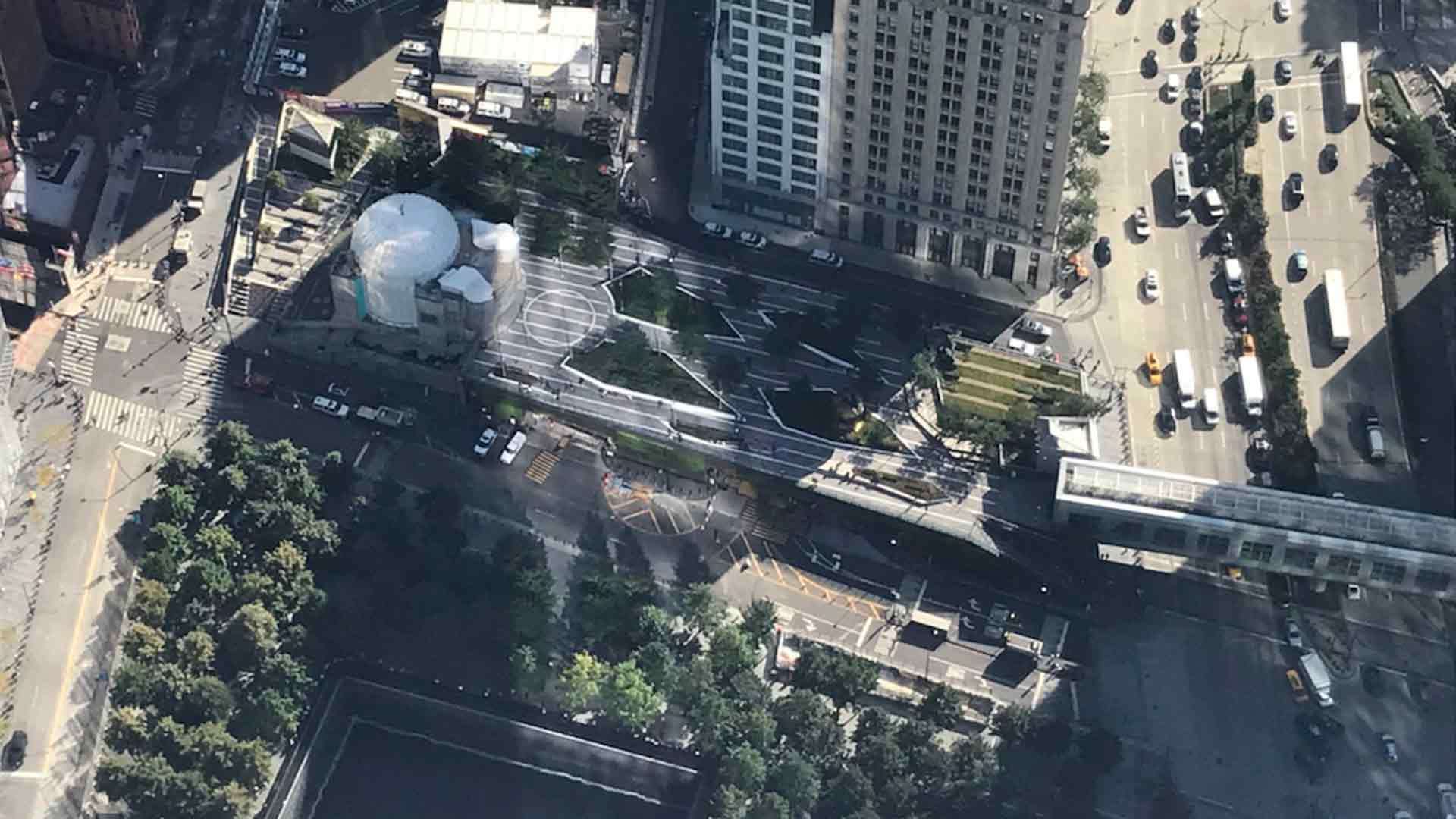 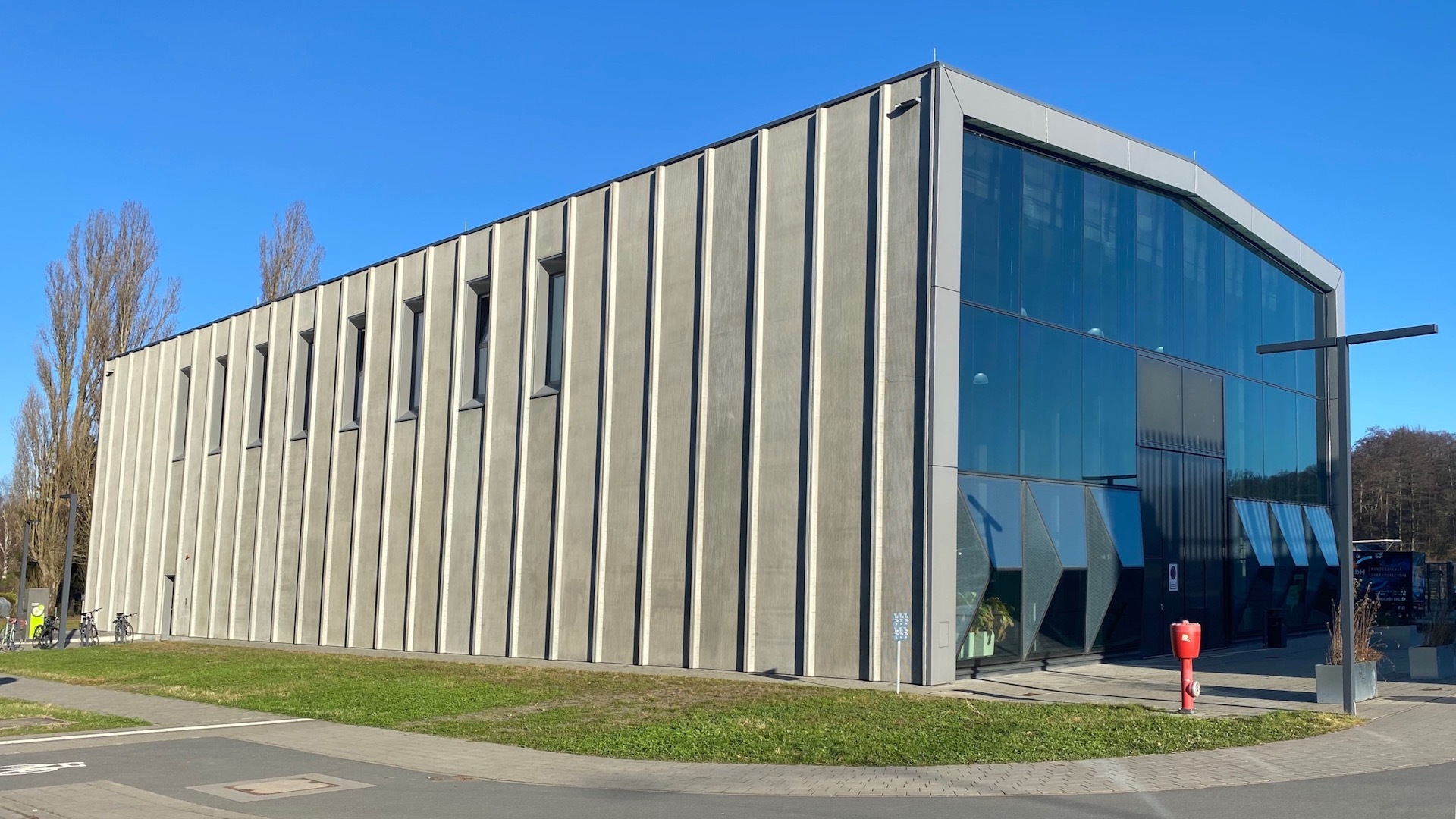 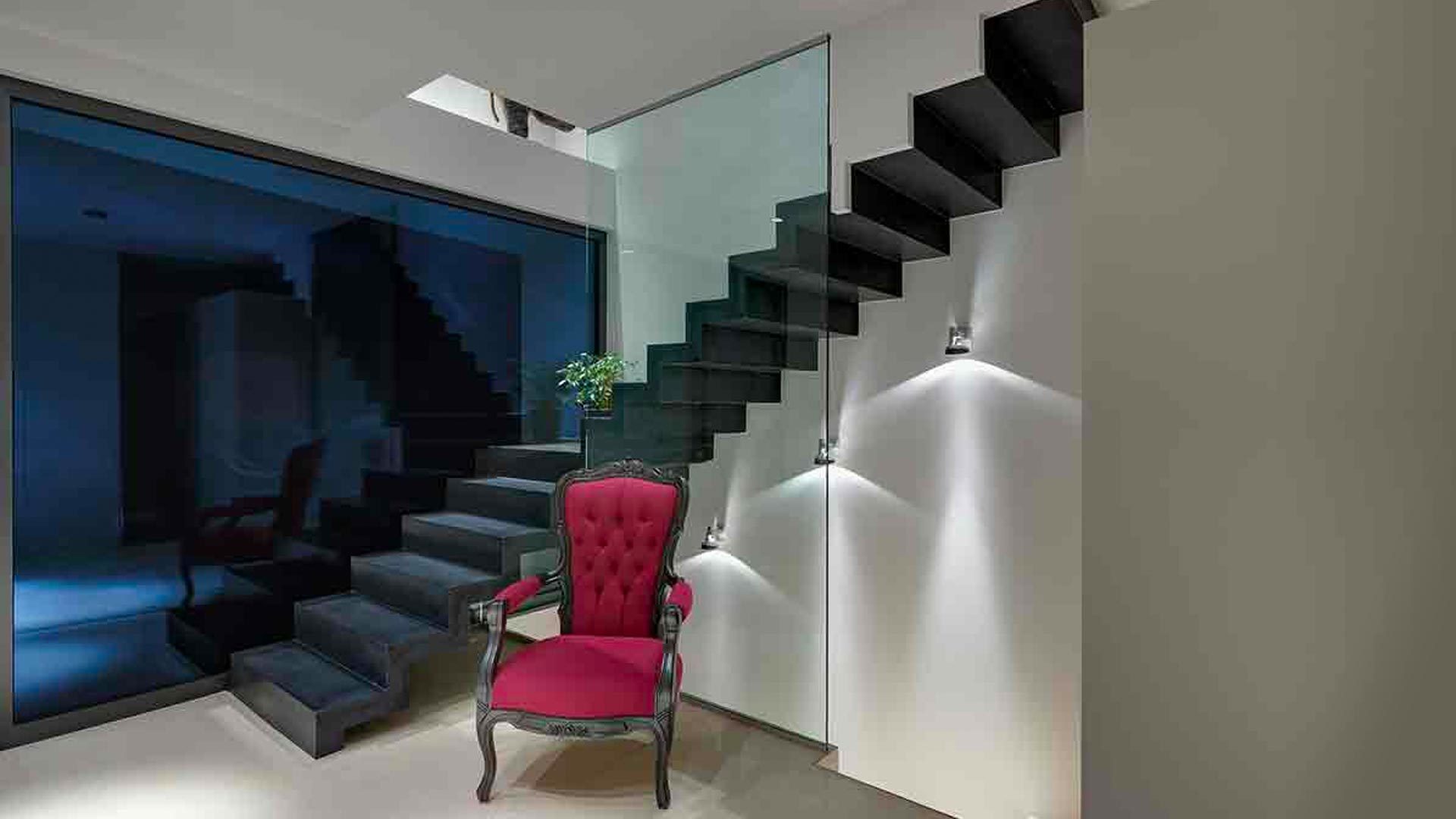 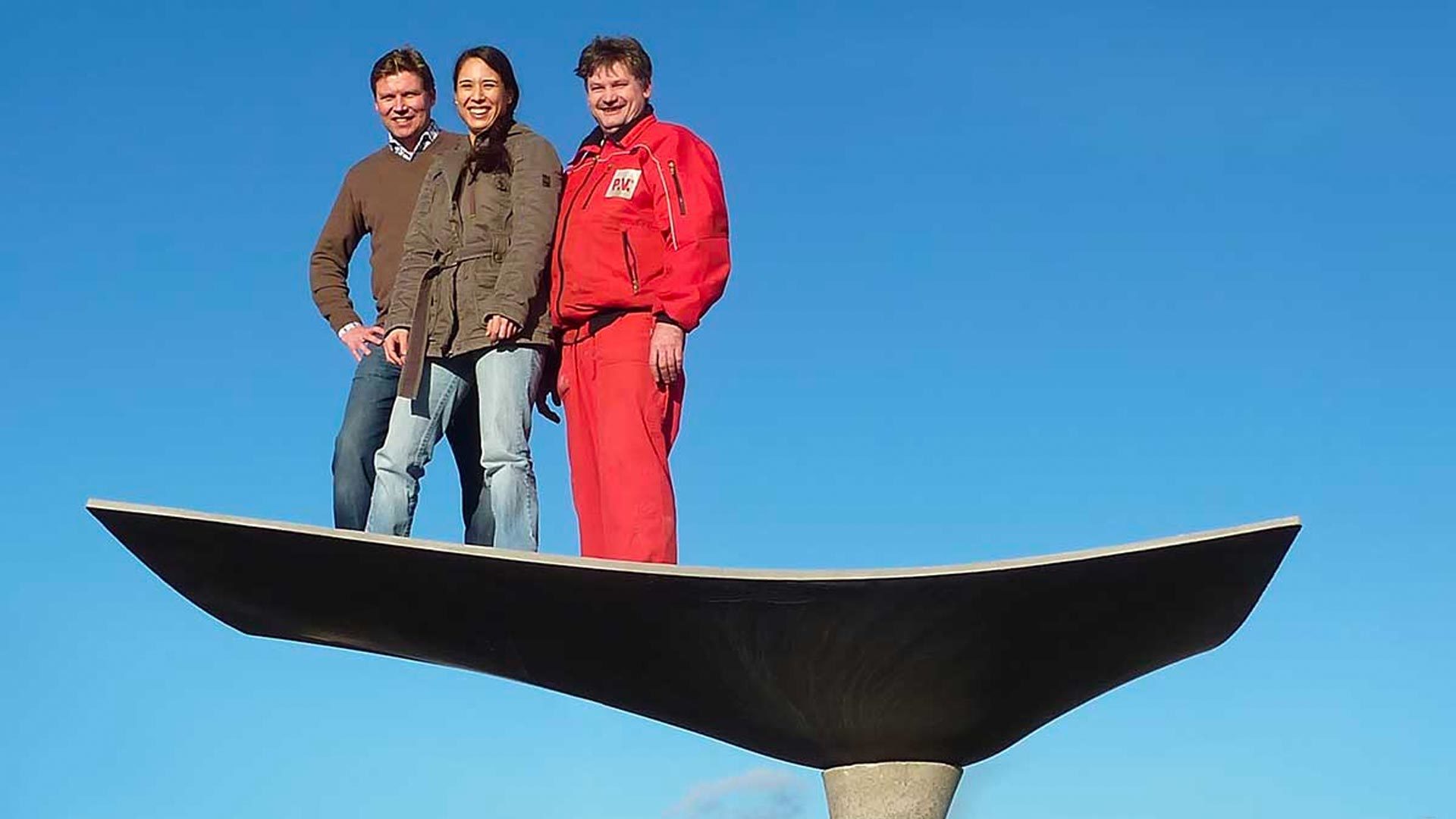